Parked in Kroo Bay, there is a ship called MV Karadeniz Doğan Bey. It was built in 1983 in Japan as a dry cargo ship but was repurposed to what is basically a floating electricity generator. It supplies 80% of the electricity of Sierra Leone and runs exclusively on natural gas and heavy fuel oil. A government contract set in place in 2018 and extended in 2020 regulates the supplied capacity of on average 46 megawatts. To compare, Berlin requires a capacity of between 1000 and 2200 megawatt depending on the time of day. 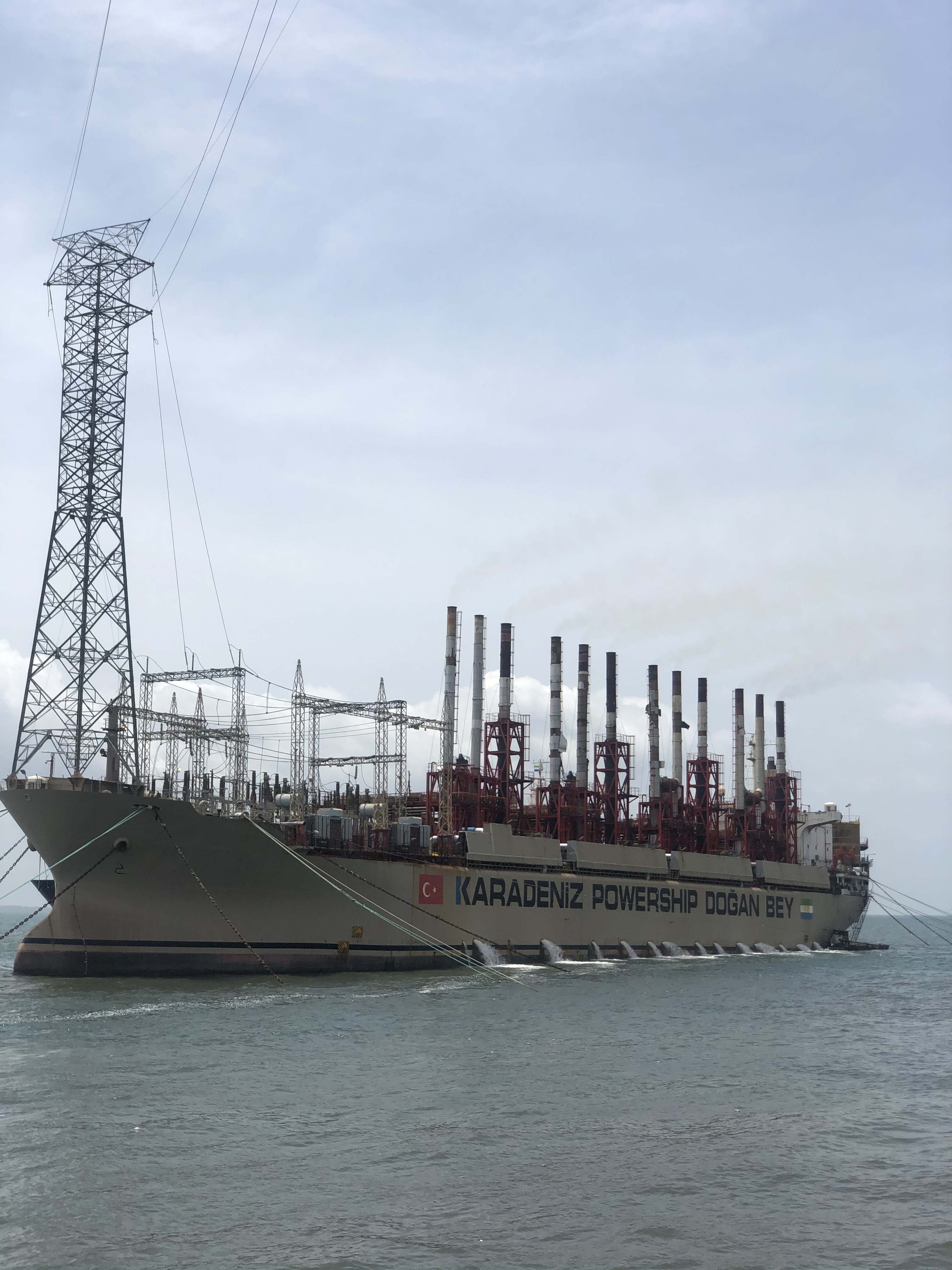 View from the Commonwealth War Cemetery in Kingtom 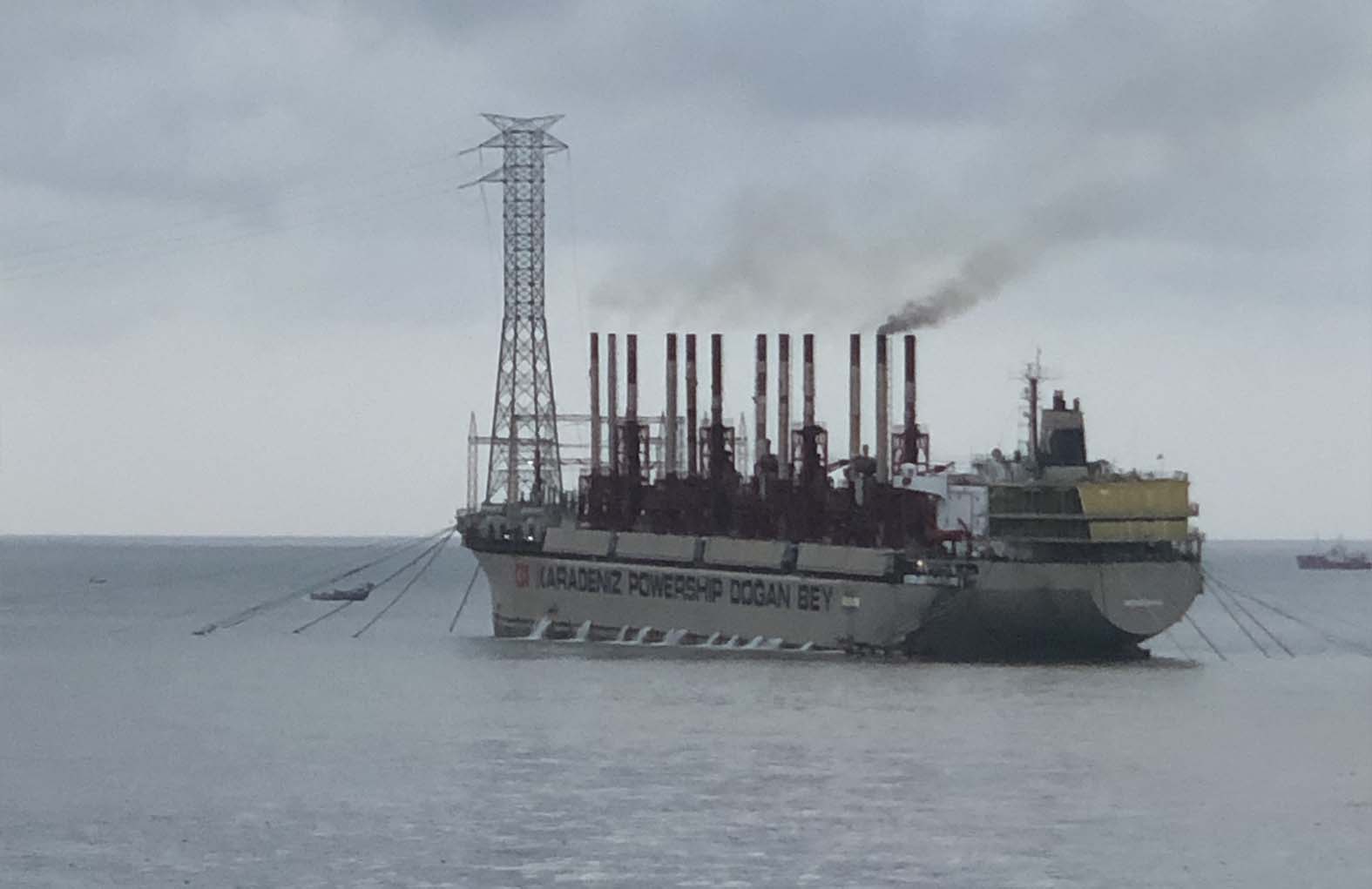 Perspective from the central business district

Generating 80% of the country's electricity by burning fossil fuels on a boat is largely inefficient. But Sierra Leone lacks the money to build its own power plant and thus a pay-as-you-go approach is an easy solution. A public-private partnership for a terrestrial powerplant would be a risky deal for any foreign company, exposing themselves to any mercurial nature of local politicians. A ship can be built with western infrastructure abroad move to Sierra Leone. When the contract expires or bills aren't paid it can set sail to electrify cities elsewhere. This lends more bargaining power to the foreign company and avoids tying assets to a country with dodgy property rights.

The power supply still is not stable. Sierra Leone is the only capital of the world without a reliable power supply. All embassies, businesses, and serious hotels run on their own generator. When visiting the British military base we always heard the roaring generator of the US embassy. On days when we left our hotel early, we were reminded of how many jerrycans of fuel a hotel consumes in a day. 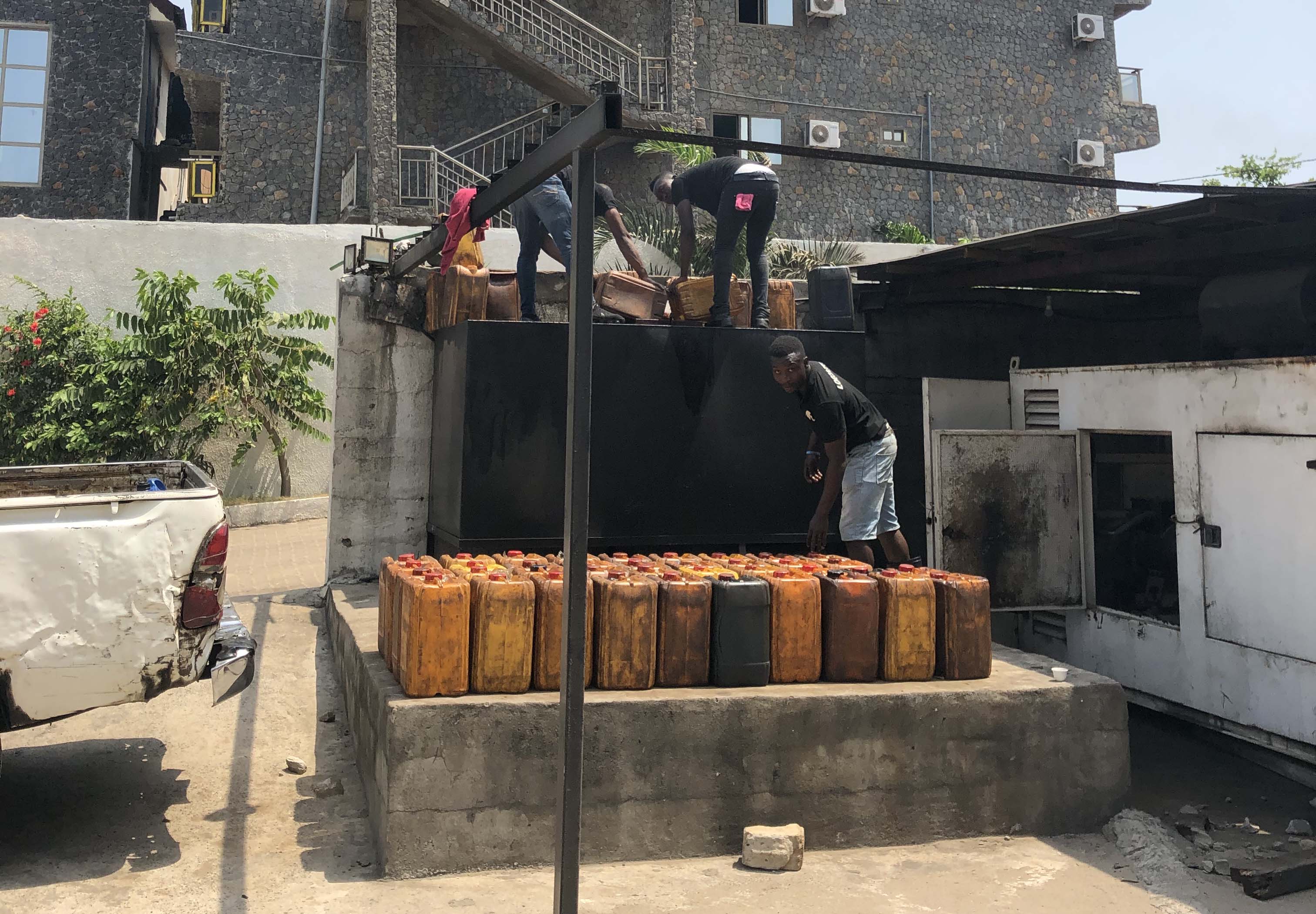 Employees of the hotel refueling one of the two generators. Power supply would always switch from one generator to another at midnight.

Sierra Leone isn't the only country powered by a floating generator. Karadeniz, the company operating the ship, is a Turkish holding which has built and operates 25 ships in 11 regions. To name the supplied fraction of the total capacity for some countries: 10% of Cuba, 60% of Gambia, 26% of Ghana, 100% of Guinea Bissau, 25% of Lebanon, 10% of Mozambique, 15% of Senegal, 15% of Iraq as well as entire islands in Indonesia. The total capacity installed is 4,100 Megawatts - two to four times over the capacity required to power Berlin - and a further 4,500 megawatts of capacity are in production. 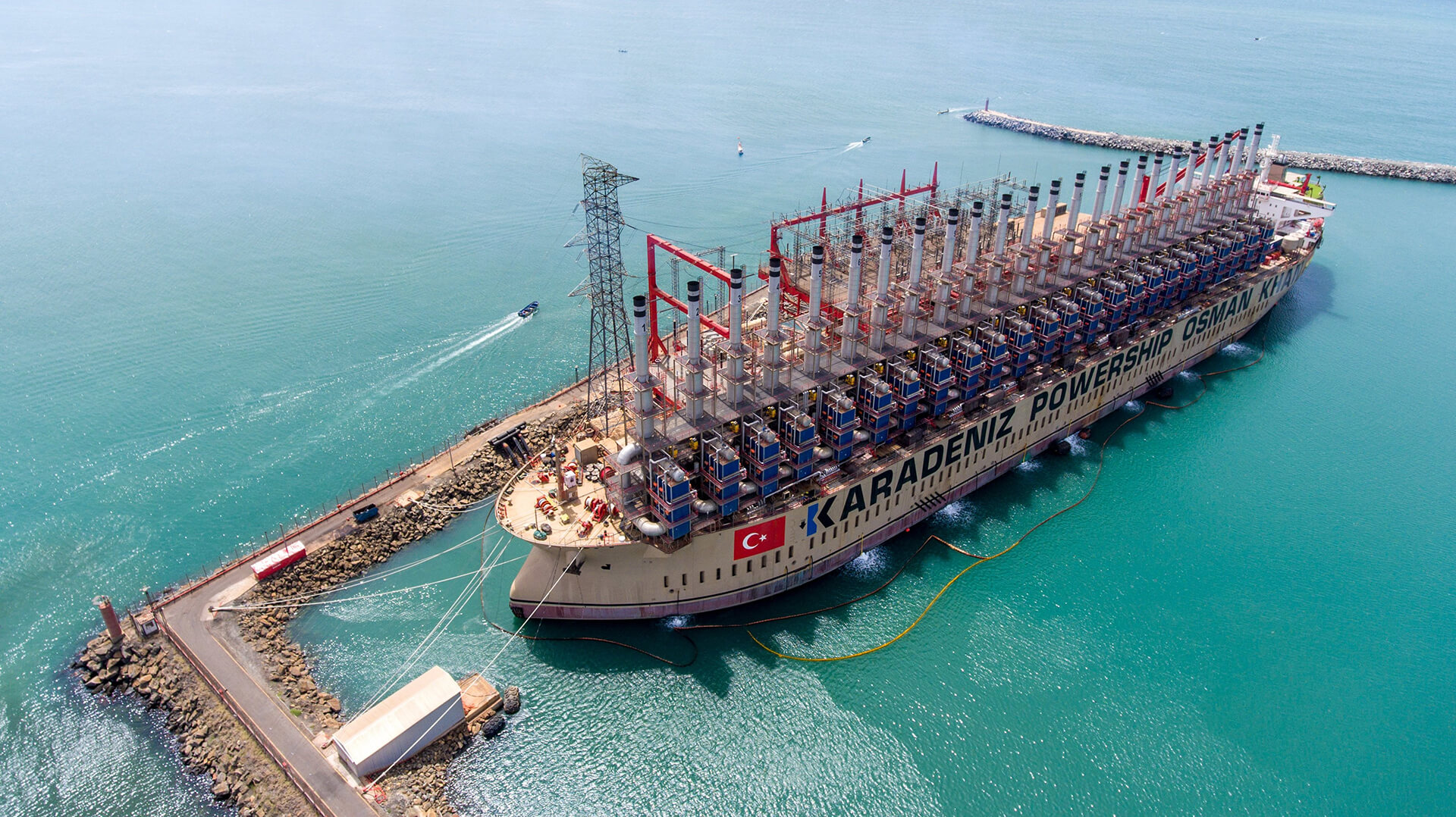 The environmental impact is terrible. Ethically it seems like a horrible company. But without the ship even less than the current 20.3% of the population would have access to still unreliable voltage. That would mean no electricity for schools, medical facilities, and private households in a country where a majority of the population is already not as well off. It's easy to scoff at for us as European green-energy proponents, but the MV Karadeniz Doğan Bey is most likely doing more good than evil.